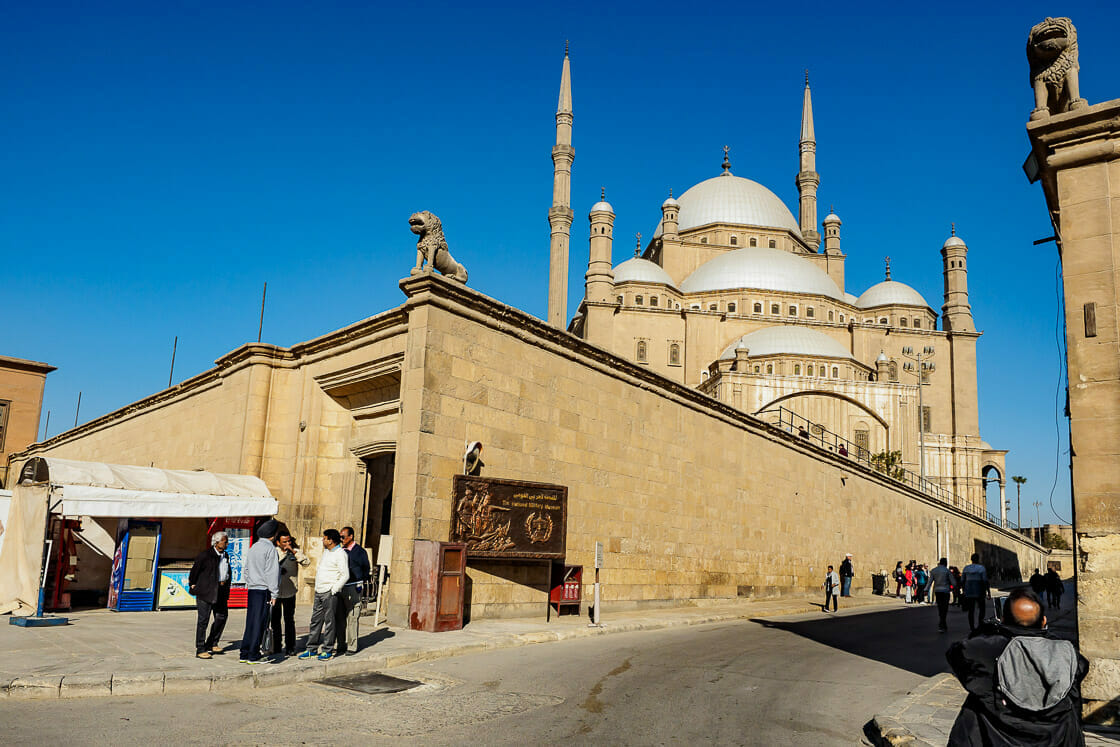 Whilst I was in Cairo I had to visit Old Cairo and the Citadel, perhaps the most fascinating part of this ancient city.

I spent a month travelling all over Egypt in January 2019. This is part three of a retrospective series of travel photography images documenting my Egypt trip.

The Citadel was founded by Saladin in 1176 and was home to Egypt’s rulers for 700 years. Originally built as a fortress against the Crusaders, the Citadel was expanded by various rulers over the years. The result is a sprawling complex of Palaces and Mosques which serve as a popular tourist attraction today.

Surprisingly, the Citadel is also the home of the Egyptian National Military Museum which documents Egypt’s proud military history from the ancient Pharaonic era through to the present day.

Then you’ll head into Old Cairo itself. A fusion of Islamic and Coptic Cairo. Famous for the Coptic Abu Segra Church, the Hanging Church and the Amr ibn al-As Mosque.

Abu Segra is a famous Coptic Church situated in the heart of Old Cairo. It is also known as The Saint of the Two Swords or Abu Seifien. This ancient Church was built in the 6th century AD and largely rebuilt in the 12th Century AD.

Another famous Coptic Church situated nearby is the Hanging Church, so called because it was built over the ruins of a Roman fortress, the foundations of which can still be seen below the Church structure.

The famous Amr ibn al-As Mosque was originally built between 641 and 642 AD and is located in the centre of Old Cairo, which was then known as Fustat, the capital of Islamic Egypt. Little remains of the original Mosque as it has been extensively rebuilt over the years.

See the rest of my Egypt Trip: